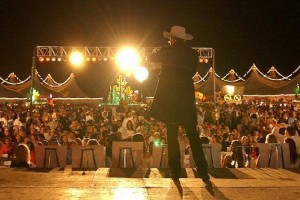 I fondly look back at things in the past that at the time seemed so trivial and mundane yet today seem extraordinary and almost magical...

Every week we share a story with you from someone who’s found their freedom with United Country. From buyers to sellers, from brokers to managers – everyone in the United Country family has a story.

As one of the senior members of the United Country management team, I tend to reflect a great deal about the old days, how things used to be and how we used to do them. I fondly look back at things that at the time seemed so trivial and mundane yet today seem extraordinary and almost magical.

In 1964, we lived on a dairy farm about an hour due north of Dallas. Our family raised or grew just about everything we ate, and one of my aunts acted as the community vet for the cattle and doctor for the children. My, how things have changed! If we did that today, we would probably be visited by child protective services. As a youngster living in the country, a trip into town was a real treat and not something you wanted to miss.

One thing I remember vividly about those adventures was passing the seemingly endless number of Mom and Pop farms and the slick fat cattle grazing in the pastures along US Highway 82. I also noticed an office on the side of the road with an orange sign with black letters. As a youngster, it really didn’t mean much to me but as the years went by I started taking greater notice.

The office we were passing was United Farm Agency. The sign was very noticeable and always caught my eye. I didn’t know why; it just did. Day after day, week after week and year after year, we would pass that office with the distinguishable sign. Like most things in life, over time it became less noticeable but sometime in the early ’70s, it re-entered my life when my grandfather stopped by and picked up a United Farm Spring Real Estate Catalog. This initial visit to the United office was the beginning of a routine stop that would last for the rest of his life.

On a regular basis he would stop by the office and pick up the latest edition of their sale catalog so he could peruse the book looking at the hundreds of small farms, lake cabins and land tracts that could one day free him from his day-in and day-out routine of 3:30 a.m. wake ups, double shifts and short weekends.

Over the years I would watch him sitting in his recliner reading a United catalog, puffing his pipe or smoking a hand-rolled Prince Albert cigarette. He always kept a copy of the United catalog with his copies of Old West magazines in the wire magazine rack located between his chair and the bulky Zenith stereo cabinet. He never hid the fact that one day he was going to buy that special place in the country where he could retire to a life of fresh air, tinkering on machines and fishing. (My grandfather never met a television or a gas engine he didn’t want to work on, whether it was broke or not.)

Well, the years went by and the United brand changed slightly, but our local office continued to make dreams come true. And those catalogs remained by the recliner. For my grandfather, his dreams of a special place in Oklahoma or Arkansas were always just an arm’s reach away. My grandfather, who worked in the wild, rugged oil fields of southwestern United States in the ’30s, ’40s and ’50s and later pulled double shifts at an aircraft factory until his retirement, died in 1988 during a minor surgical procedure.

He never “found his freedom” or bought his dream place. I am proud to say, some 20 years after his passing, that I work alongside the great men and women of United Country and spend most of my waking hours committed to helping people “find their freedom” and in doing so, I found mine.