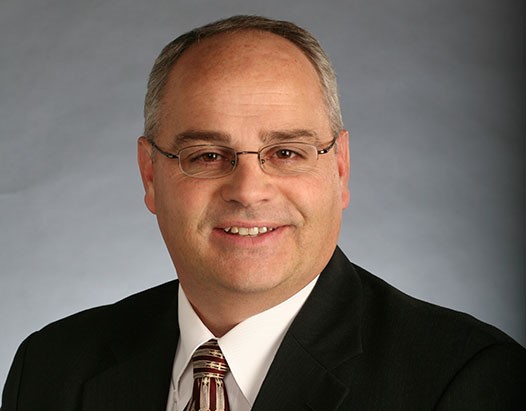 To me, there are two kinds of freedom. One is the freedom that you have by being able to move and live and act without restraint. Then there’s the...

Every week we share a story with you from someone who’s found their freedom with United Country. From buyers to sellers, from brokers to managers – everyone in the United Country family has a story.

Growing up in a small rural farming community in northwest Oklahoma, I was blessed to have all the freedom I wanted. My father was a hard worker and instilled a strong work ethic in his family. Both of my parents were loving and generous, but more importantly, they taught us to work hard, be honest and treat people fairly.

Shortly after graduating high school I thought a lot about freedom. I thought about my opportunities to grow up and to live free in Carmen, Okla., and how that type of freedom came at a price that many others paid. My family has a long history of serving this great country in the armed forces, from my grandfather serving in Europe during World War I, to my father serving – and being severely injured – in the Philippines during World War II, to my older brother serving in Vietnam. Growing up with this strong heritage taught me respect for the true price of freedom.

After graduating I enlisted in the Oklahoma Army National Guard and joined a field artillery unit in Alva, Okla. Eventually, I taught field artillery at the Regional Training Institute in Oklahoma City, and I realized that teaching others is very important to me. I like to think of it as giving something back. I retired in 2007 as a Senior Field Artillery Instructor with more than 21 years of service.

I also worked for the Oklahoma Department of Corrections as a correctional officer, where I managed a project in conjunction with the Bureau of Land Management, teaching inmates to train horses that were later adopted by families. Most of what you hear about prison is true. It’s an environment that few wish to endure and most everyone is terrified of. Amazingly, though, if you ask people for one reason that they wouldn’t want to go to prison, they normally don’t mention the loss of freedom. Instead, they mention something specific that terrifies them.

I worked in corrections for over 12 years and during that time I heard one common theme from the people that were incarcerated: they regret their mistakes mainly because of their loss of freedom. To me, there are two kinds of freedom. One is the freedom that you have by being able to move and live and act without restraint. Then there’s the freedom that comes from within, the freedom that’s also called peace of mind or life balance.

After leaving the Department of Corrections, I went into the professional auction business full time. I’d always had a passion for auctions; however, it was not until I started working full-time in the industry that I realized this was my calling. Over the years the auction business has been very good to me and my family, and it gives me the ability to work on a large variety of projects. I truly was happy doing what I loved to do and I found myself working harder to become even more proficient at listing and selling property at auction.

Before long I was listing a large majority of our company’s gross sales and I did not see any room for improvement. But for some reason, there was still something missing. One day, I helped a friend of mine – and a United Country office – broadcast his auction in Jay, Okla., on the internet. On the way home from the auction, I received a phone call from Dan Duffy, new owner and CEO of United Country Real Estate. Dan and others had watched the auction live on the internet and he called to ask me if I would be willing to meet him in Kansas City to discuss an auction services division he was creating.

up in rural Oklahoma I was familiar with United Country. I met with Dan and, long story short, I accepted a position as the vice president of United Country Auction Services. Initially it was a lot of work, building an auction services division from scratch, but after getting some infrastructure in place in the first year, we were able to start training. That’s when it hit me. I’d found the piece of the puzzle that was missing, and it went all the way back to my instructing in the military and training inmates at the prison. The whole time I’d been working hard in the auction business, I hadn’t been teaching anyone.

I noticed right away that teaching United Country offices recharged me, and I was enjoying the feeling of giving back once again. That feeling of inner freedom has entered my life again. Today I teach new United Country brokers, agent and auctioneers each month, I’m an instructor at the Texas Auction Academy, and I teach multiple auction-related schools across the country for our offices via live presentations and webinars. I’m also on the Speakers Bureau of the National Auctioneers Association and speak in different states across the U.S. about the auction industry.

United Country has allowed me and my family to Find Our Freedom once again.