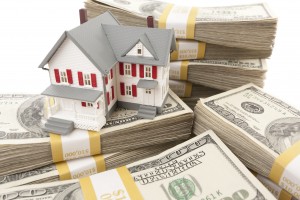 These increases have led to a return of homeowner equity, consumer wealth creation and are a boost to the real estate market...

Housing prices continued to strengthen in December rounding out a year of recovery in 2013. CNN reported on the S&P/Case-Shiller home price index, which showed a 13.6% increase in housing prices nationwide. United Country reported strong increases in nationwide homes in the smaller cities, towns and surrounding, non-urban, market they service in 2013 as well, with a 10.2% increase in average residential price. By the end of 2013, the average median house price in the U.S. was $199,500. These increases have led to a return of homeowner equity, consumer wealth creation and are a boost to the real estate market.

According to the CoreLogic December quarterly MarketPulse report, more than three million residential property owners regained equity lost in years prior. This is reflected the U.S. Department of Housing and Urban Development (HUD) and U.S. Department of the Treasury’s December edition of the Housing Scorecard.

This is certainly good news for buyers and sellers alike as more “shadow” inventory moves off the shelves and foreclosures become less common. As home prices balance out to a more realistic expectation than last decade, buyers and sellers can know they are viewing true market value for their potential investments.

United Country saw an increase of 9% in the residential sector for 2013 as Americans took advantage of low mortgage rates and sought to reinvest in housing. We believe this trend will continue through 2014 and pricing should remain stable with continued appreciation at normal market levels as mortgage rates are expected to inch up through the year.

If you would like advice or help in selling or buying your property in this healthy market, please call United Country today or visit UnitedCountry.com.